I’ve listed a number of films on the history of Amsterdam here.

The first one shows the growth of Amsterdam.

The second the development of the canal belt; a sensational animation !

And the third one is about the city giro in Amsterdam, a film from 1936, outlining the inner workings of the city giro.

Digital map (in Dutch only) 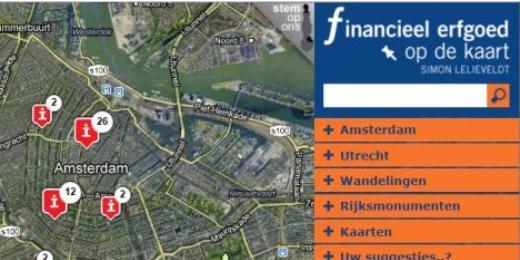 Digital audio tour (in Dutch only)

For kids from 16-18 we’ve made an audio-tour (in Dutch) which takes the class from the visitors centre DNB to the Exchange square in the centre. Along the way we stop at places related to the financial history of Amsterdam. The tour can be viewed on the PC or with an app on the smartphone (when using it as an actual audio-tour). Click the picture below to go to the tour.

There is of course a lot more to enjoy and you can use this list of sites and venues to visit in Amsterdam.

Enjoy and perhaps we meet each other in Amsterdam !